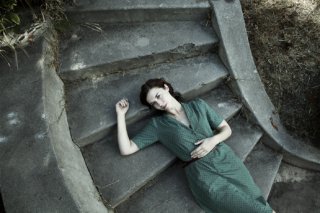 Lisa Hannigan first came to light as an angel-voiced, somewhat mysterious figure singing harmonies alongside Damien Rice. They played together for seven years, but it wasn’t until the release of her solo debut Sea Sew in 2008 that the full spectrum of her abilities became apparent. A joyous kaleidoscope of love songs, laments, sea shanties and glockenspiels, with a cover hand-stitched by Lisa herself, the self-released album was a runaway success, nominated for a Choice award in Ireland and a Mercury Music Prize in the UK.