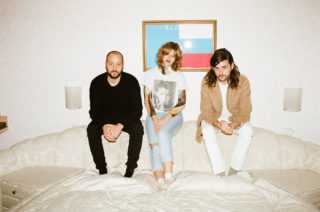 HVOB is an Electronic Pop Duo from Vienna, Austria. The Duo consists of Anna Müller – who composes, produces and sings for their tracks – and Paul Wallner who provides additional production on the tracks in his own studio.

In 2017, the group released their third album Silk, with Mumford and Sons collaborator Winston Marshall. HVOB have established themselves as a unique force in dance music, defined by their crisp, chilling production skills and Müller’s haunting vocals.